Steps Being Taken to Check Smuggling From Afghanistan | StopIllegalTrade

This was disclosed by assistant collector customs, Kohat division, Ali Hassan Raza while talking to Dawn here on Tuesday. He said the contraband also included tea, cloth, apples, tyres, cigarettes, cigarette paper and hashish. “Only in December 2021, items calculated at Rs111 million were confiscated,” he added.

Mr Raza said the collectorate had been established in May 2021, and became functional in August 2021 on a makeshift basis. “The Kohat, Bannu and Dera Ismail Khan divisions have been included in the collectorate,” he added.

He said smuggling into Pakistan from Afghanistan was now being checked at Teri Mangal and Kharlachi border points in Kurram, Ghulam Khan in Bannu, Angor Adda in Waziristan and in DI Khan from Quetta.

He said that a joint checkpost was also being established in Kohat at the border with Mianwali by the customs and police to control smuggling.

BOOK LAUNCHED: The Kohat Chamber of Commerce and Industry (KCCI) on Tuesday launched a book detailing the eight-year-long journey of the chamber.

Kohat division commissioner Javed Marwat was the chief guest on the occasion.

Speaking to the participants, he said his administration would extend all-out cooperation to the investors to exploit abundant opportunities of business in the region.

The forum was called by deputy commissioner Roshan Mehsud.

TWO WITH HASHISH HELD: The Kohat police on Tuesday foiled an attempt to smuggle a large quantity of hashish from Kurram to southern Khyber Pakhtunkhwa and Punjab through the Indus Highway by arresting two interprovincial smugglers.

DSP Saddar Irfan Khan said the police signalled a car to stop at the Muslimabad checkpost, and upon checking, found about 40 kilogrammes of hashish hidden in its secret cavities.

The smugglers were identified as Farhan Ali and Mohammad Hussain, residents of Kurram. 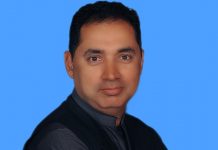 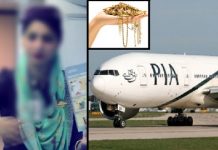