Amongst the annual loss to the national exchequer of Rs. 310b, due to tax evasion and illegal trade in five industries, the tyres, and auto-lubricants industry has a share of Rs. 90b, as per the research ‘Report on Tax Evasion in 5 Sectors of Pakistan’ by IPSOS. [1]

Annually, Pakistan uses approximately 10 million tyres, out of which 65% of the demand in the market is met by illegal or smuggled tyres. 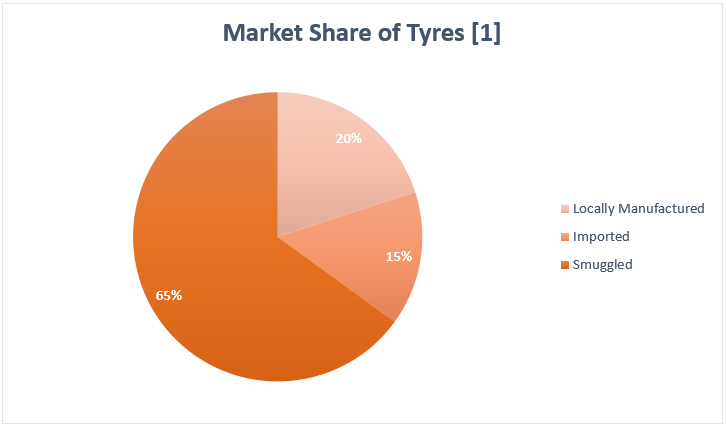 The tyre trade under the Afghanistan-Pakistan Transit Trade Agreement (APTTA) has increased to 205%. [1] Although, the trade carried under APTTA is meant to provide an avenue for Afghanistan to use Pakistan as a conduit for their imports but, due to weak enforcement, the law gets abused when dealers hide 4-5 tyres to pay duty on one tyre against the import of more, causing massive losses to the national exchequer.

The under-invoicing of only one tyre causes a loss of approx. Rs 7 million to the national exchequer. [1]

Smuggling of tyres is not the only issue faced by the local industry, low Import Trade Price (ITP) values with extensive under-invoicing of imported Chinese tyres in Pakistan is causing huge tax losses to the government while at the same time it is a major obstacle to new investments in the local tyre industry. 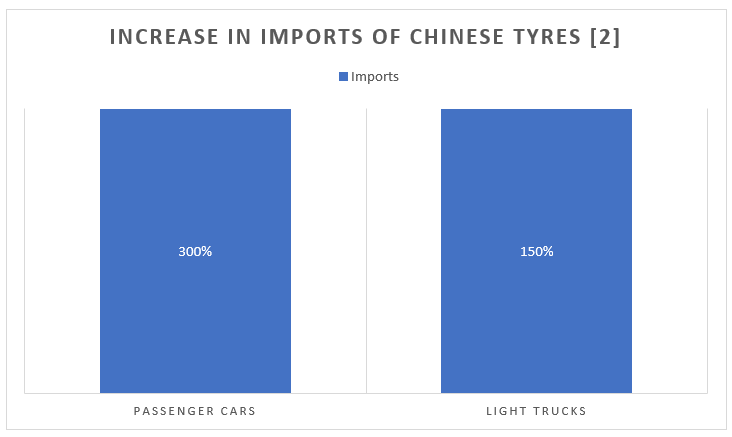